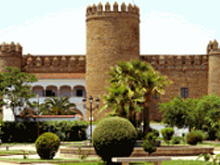 Originally a Roman settlement, Zafra is a beautiful town of around 15,000 people in the province of Badajoz, the southern part of Extremadura, located at the base of the Sierra de Castellar, midway between Seville and Mérida. Often referred to as Little Seville with its narrow, winding streets and pretty plazas, Zafra has a wealth of historical buildings and areas dating back to the 13th century.

There are many pretty villages spread throughout the glorious countryside with many lakes and rivers providing irrigation for the animals and crops that grow here. And the region is also home to many species of wildlife, especially birds, particularly birds of prey and the ubiquitous storks that can be seen nesting on many churches and other vantage points throughout the area.

As in all of Extremadura there is a strong sense of community here; although there are not that many foreigners living here, those that do all say how friendly the locals are and how easy it is to integrate into the local way of life. 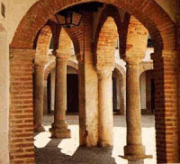 The region that we cover is fairly large, stretching from Almendralejo in the north to the border with Andalucía in the south, and from Jerez de los Caballeros to the west and Llerena in the east.

Getting around in the area is easy; there is a network of virtually empty toll-free motorways as well as excellent train and bus services and the modern international airport at Seville is only a little over an hour’s drive from Zafra itself.